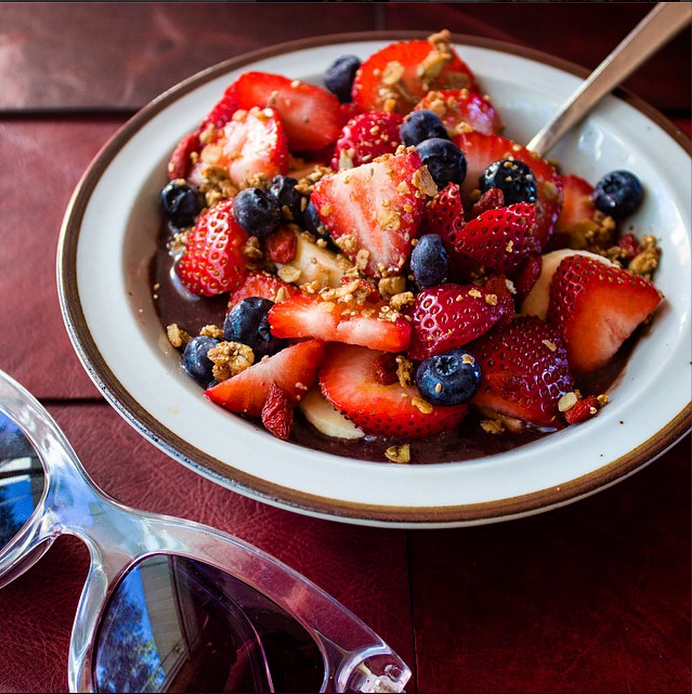 Lately, I’ve been really big into blended fruit bowls for breakfast. They contain enough sweetness to wake me up and give me energy for a long day full of whatever it decides to throw my way. I find that it’s also a great snack any time you need a pick-me-up or some added energy around that slumming 2:00 feeling time. What I’ve found though is that although they taste delicious, they can quickly add up if you’re buying them everyday, not to mention the fact that they’re nearly impossible to find where I live, and since have decided to start making them on my own. If you’re not familiar with acai it’s an antioxidant rich berry from the Brazilian amazon, loaded with protein, and a host of omega 3, 6 and 9 fatty acids – making it a wonderful way to start your day! 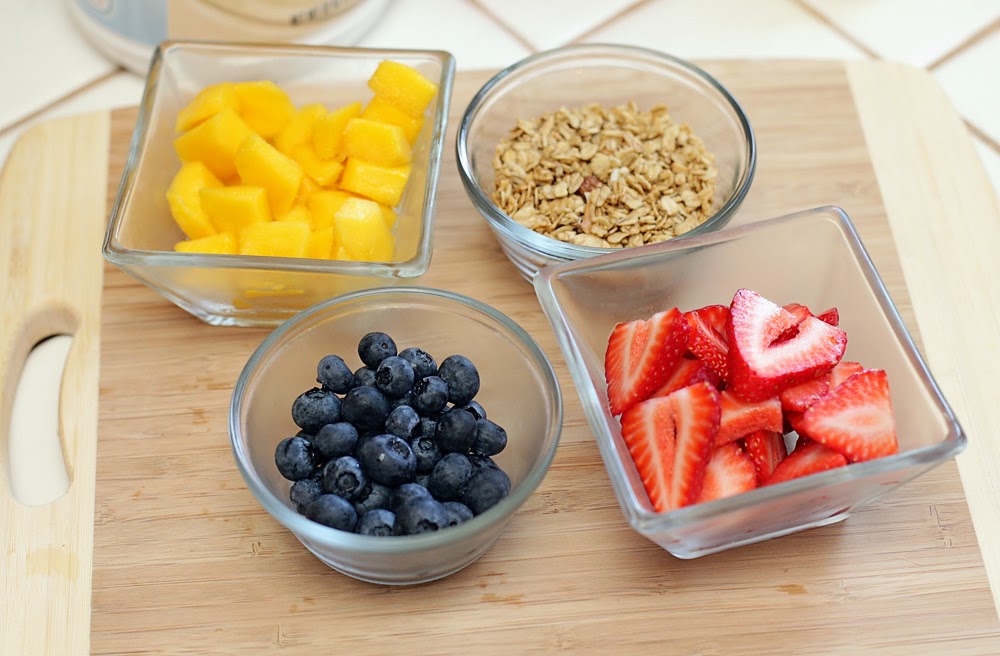 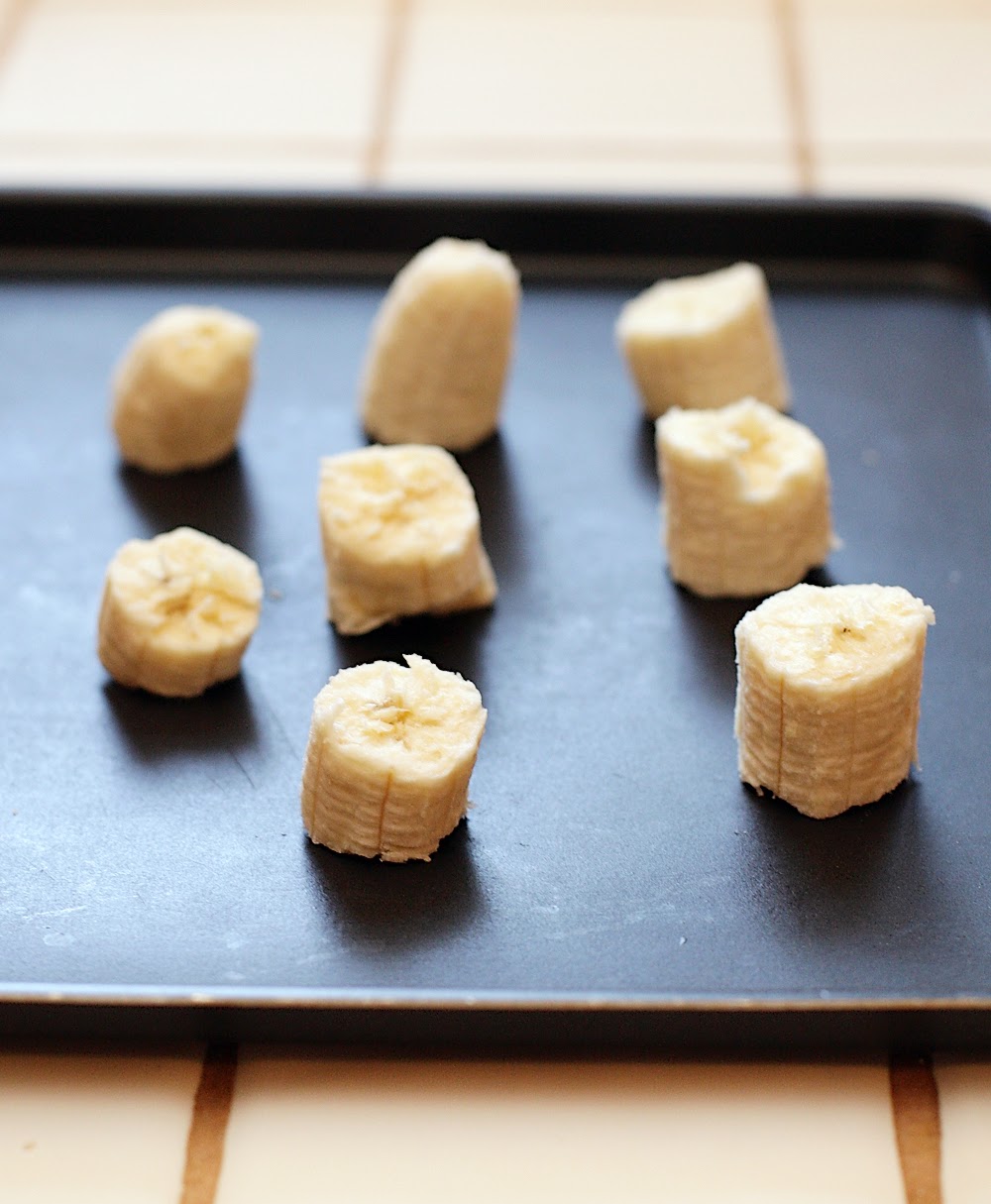 Take the acai packets (I usually get mine from the brand Sambazon at Whole Food’s – so good!) out of the freezer and and break them apart before opening. I suggest letting them set out on the counter for a few minutes to make this a little easier. Now, put the acai chunks, blueberries, and frozen banana pieces into the blender. Pour in a small amount of juice or almond milk and (optional) protein powder. Between blends you may have to open up the blender, move things around a bit, and scrape the sides or push down the fruits to keep things moving. Once you begin to blend you will be able to see how much liquid you need – go from there and adjust the thickness to your own desire, although; most people (like myself) like to create a very thick sorbet-like consistency. 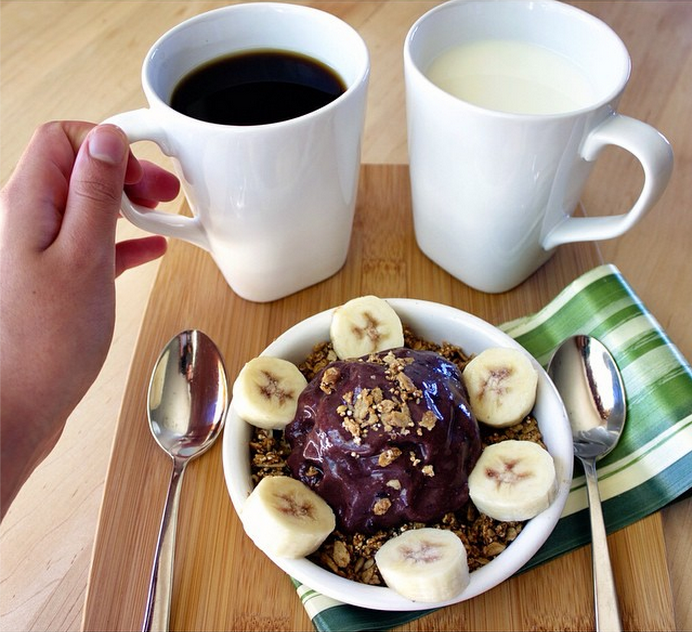 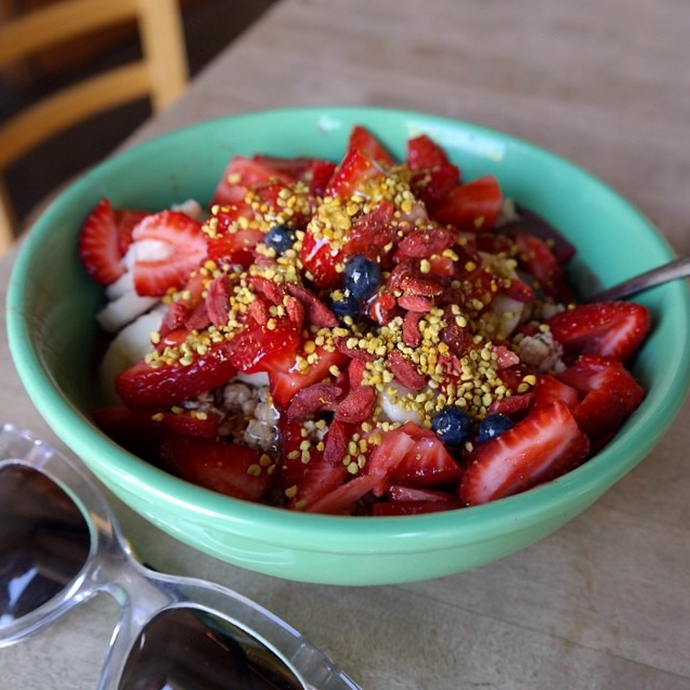 And, walla! You can use whatever toppings you like – I prefer and always seem to cut up any leftover bananas or fresh fruit and usually add coconut shreds, almond slices and for an added kick of energy I’ll pour on a little bee pollen.